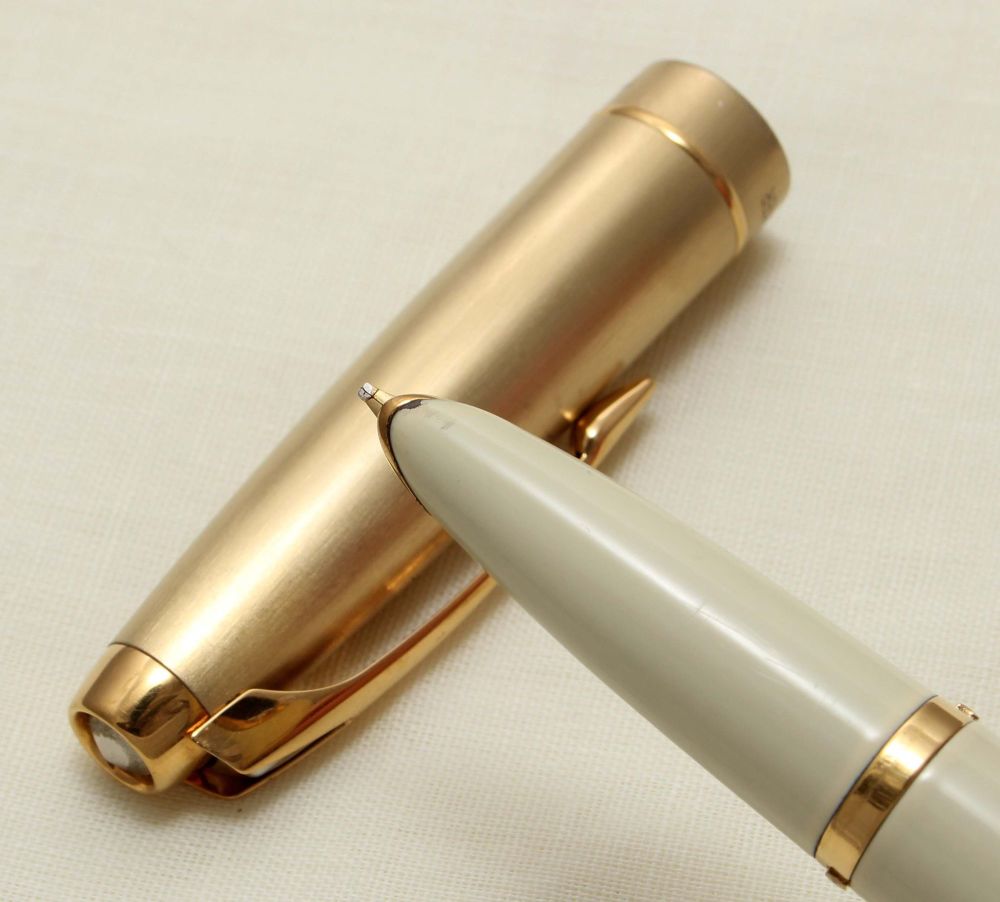 Out of stock.
0 in your basket
View Basket Checkout

The Parker 100 was intended to be the new mid to high range pen to replace the 75, filling the gap between the Sonnet and the high End Duofolds. Its design roots were definitely traceable back to the Parker 51 and many people thought that it was a new way of overcoming the disastrous 51 Special Edition which had been introduced 2 years earlier.

The 100 was a well designed pen but Parker only produced it for three years, discontinuing the range in 2007. It is now much sought after by collectors who appreciate it's robust design and also because of it's links back to the original iconic 51.

This particular pen was one of the first to be made, it is date coded for 2003 although the pen was not included in Parkers catalogue until 2004. It is finished in Honey White, a colour that barely lasted 2 years before being discontinued. It is not in perfect condition with several scratch marks and chips in the lacquer, the worst one near the nib as shown in the photo.

However the pen is fitted with a Medium Italic nib which writes really well. the cap is ding free and the cartridge / converter system has been fully serviced.

In good condition these pens sell for many hundreds of pounds, this one is not perfect but is a good working example.

Recommend this to a friend  +